Below is one of my two powered trams. This one is ninesevensix. The Bendigo restaurant tram. The other one I have is a W5 class Melbourne tram. Come to think of it, it might be a W6 class. I'll have to check and do another post later about it. 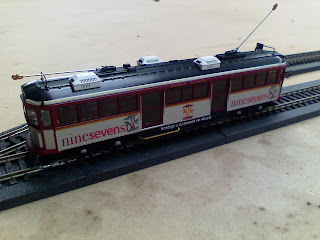 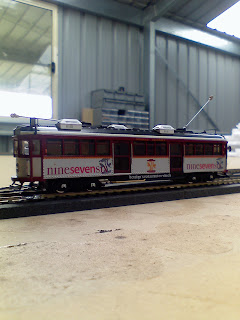 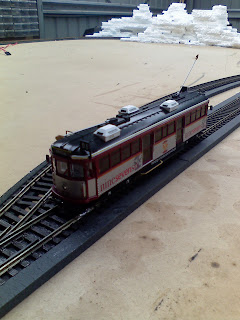 OK, as promised, here are some pix. These first three are of the loco that is going to be restored by my LP's (little people). The loco will be three quarters sticking out of a single bay engine shed with the CSLS (that's Carringbush Steam Locomotive Society) LPs welding and painting. General restoration type activities. The line the loco will be sitting on will be electrically isolated from the rest of the layout and have plenty of weeds growing through it. It takes a long time and money for a volunteer group like the CSLS to restore an old 0-3-0 steamer. 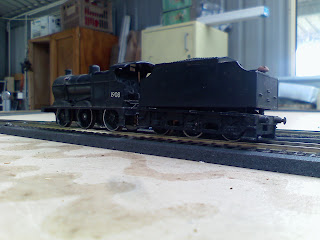 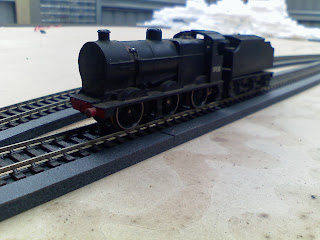 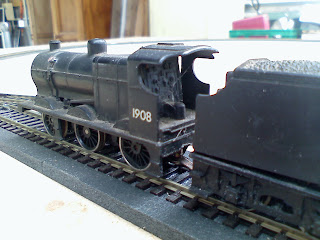 A previous effort by the CSLS is located in Chase public gardens. People can admire the "old world" steam train and learn a bit of history on the information plaque in front of it. 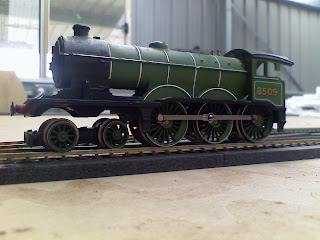 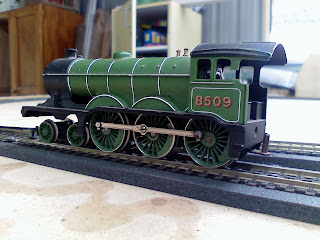 Both of these Locos used to run around my Father's layout 30 odd years ago. I think it's a nice "tip of the hat" to him and the fun we had all those years ago.

If anyone can identify either of these, I'd appreciate a message or comment. Thanks.
Posted by Steve at 17:32 No comments:

What the future holds

I started getting back into model railways after attending the Hobart train show in 2010. Dad and I used to play around when I was a kid so it had been probably 30 years since I'd been near a layout. We used to run a OO flying Scotsman with some passenger cars behind it and a LIMA, I think, 0-3-0. The two locos are about all that's left of the old layout so I thought I'd use the Flying Scotsman as a static display in a park like the pic below: 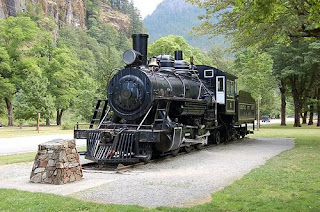 The other, smaller, loco I thought I'd have the local restoration group working on. Similar to this: 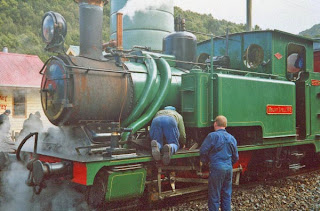 with some painting and welding being done. I'll have it half sticking out of a single engine shed at the end of a weed covered spur. They will be my silent "tip of the hat" to my late father.

All this is a long way of yet, of course, as we will be moving soon(ish) and I don't see a lot of point in building a layout that is going to have to pulled down again when we move. Same with scenes and dioramas. As the move will possibly be back over Bass strait, any diorama is likely to get damaged in transit. At this stage I'm happy to read blogs, forums and magazines and to watch Youtube vids. In the next couple of days, I'll write a post about the locos I have collected so far...
Posted by Steve at 21:14 No comments:

This is the first post. Just a test. Posting will hopefully start in earnest once I make a start on my layout.
Posted by Steve at 22:51 No comments: